Tinnitus and ringing in the ear healed (Austria)

Revelation of the cross heals heart

"I had scoliosis surgery and was told that I would never walk again. By faith I wanted to get to a miracle service. A brother helped me to get into my wheelchair. I had an assurance within my heart, "Tonight i will walk!" In the service Philipp and others prayed for me, the power of God came on me, and I have been out of my wheelchair ever since!
I saw Jesus in Philipp´s eyes, and immediately my faith was there!! Holy Spirit told me he was the one to pray me out of the wheel chair and he came to me and my faith joined his. I had so much faith, and thought, "God, if you would only touch me!!" He did - no more pain, no more wheelchair! 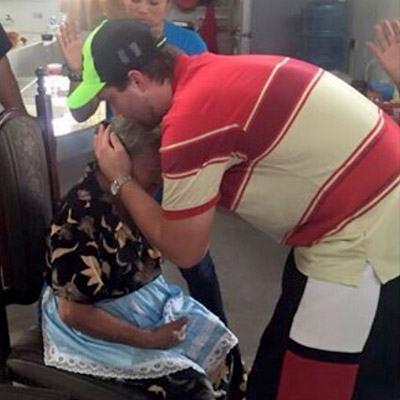 The precious woman in the picture was deaf on her right ear. The power of God came on her, and she got her hearing back, right there in the living room in front of everybody.

Another powerful testimony was about a young boy who was mute. We prayed for him in one of the services and nothing happened. The mom came the next night again, and the boy was able to say his first words!! Hallelujah!! This was a great trip with friends from Legacy Church - Tampa, Florida to Guatemala. 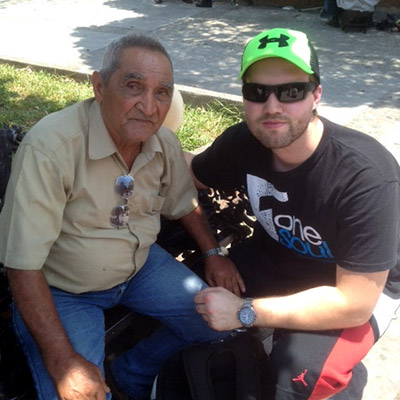 100's saved and healed in Bangkok 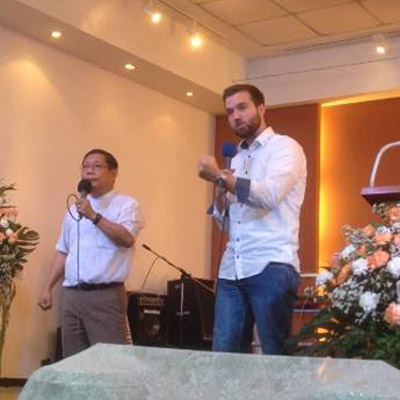 I just returned from Asia this Wednesday. The last days were absolutely life-changing, and I'm so glad I got to go there. We saw many people encounter the power of God over a period of more than 2 weeks, and had the privilege to encourage and strengthen local ministers, as well as equip Pastors and leaders.
On Sunday I preached at a Burmese church in Thailand, with over 1.000 members. The Pastor said to me right before we arrived at the church "Philipp your word will go to a lot of people today. We have a million viewers and followers within the Burmese community".
The church I preached at is the mother church of a lot of other churches. Hundreds where saved and healed in the meeting! The service lasted 4 hours. The power of God came on so many, people already fell out under the power before I started to preach. The presence of God was so strong. As I took authority over satan in the end, within seconds the altar was packed. I know that God wants to do something marvelous, as soon as I arrived. I love big meetings in general, but this day was special. I preached a message that I preached many times, "The cost of discipleship", but the Holy Spirit was leading me throughout the service. It was glorious!
Another thing that was special was that this Church-planter gave me a prophetic word about mass-evangelism in Asia, just a few days prior, and then he made just one phone call and invited me spontaneously to preach. We developed a great friendship in during my time there, and I'm looking forward to the future!

When I arrived in Florida last week, I joined a service at Legacy church pastored by my spiritual father John Garcia. I was standing in the sanctuary before the service started, when all of a sudden a woman who was standing far off calls me out, "Are you the guy who was here with a team from bethel?" I walked over to her and recognized her. Two years ago, I was there with a team with Chris Overstreet, and she was in a wheelchair. I prayed for her and the power of God came on her. She got out of her wheelchair on that very night, 2 years ago. The woman told me that she prays for me every single day since then. She lost 80 pounds and for 2 years now, she needed not the wheelchair anymore!
What I didn't know, was the background of her disability: She fell, and badly injured her spine. She has been in a wheelchair for 5 years, before she got out! Glory be to God.
I also found out, that she is a well-known songwriter. God is good!

I wanna encourage you to find someone this week to pray for. Offer God your measure of faith, and display the love of God.